In many teaching exams including  REET, UTET & DSSSB Exams etc. Science may be an interesting subject with interesting notes and quizzes. In TET Exams, there will be 30 questions i.e. 15 Questions Science content and 15 questions of Science Pedagogy in REET, UTET  and other State TET Exams. Science comprising of various branches of studies like chemistry, physical science, and life science.

When the light in allowed to fall on highly polished surface, such as mirror, most of the light gets reflected.

The Angle of incidence is always equal to angle of reflection 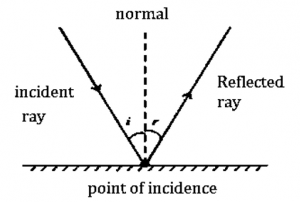 Refection of light by spherical Mirrors:

Mirrors, whose reflecting surface are curved inward or outward spherically are called spherical mirror. For example-Spoon the curved surface of shinning spoon can be considered as curved mirror.

If it is curved inward Act as concave mirror

If it is curved outward Act as a convex mirror.

Note: A ray of light passes through centre of curvature of reflecting spherical surface always act as normal at the point of incidence. If we know the normal we can draw angle of incidence and angle of reflection. 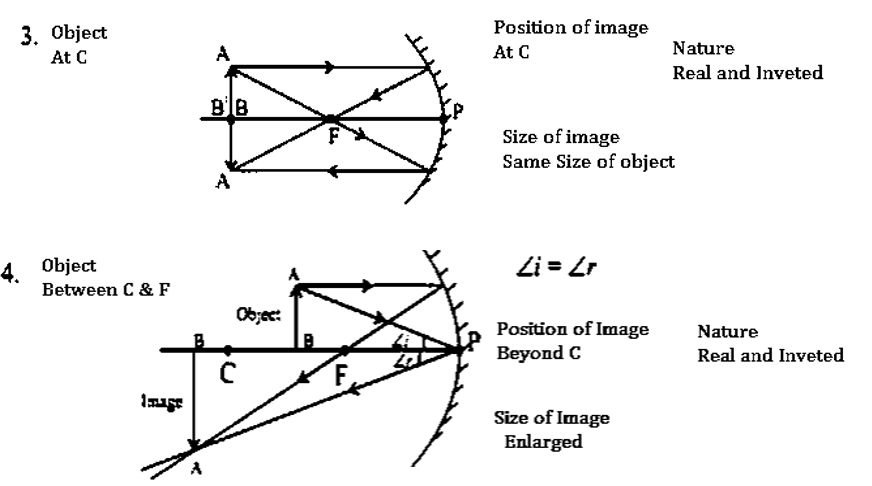 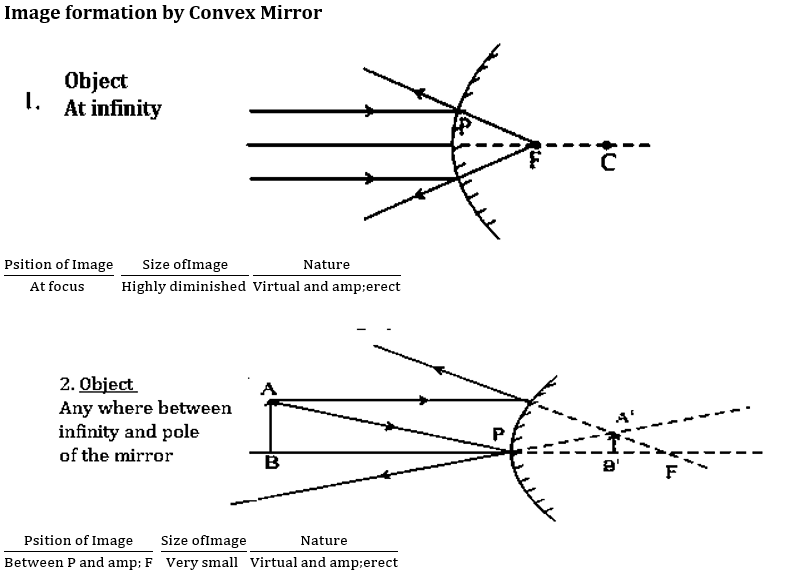 1.Used in torches, search light and headlight of vehicle.

2.Used to see large image of face as shaving mirror

3.Used by dentist to see large images of the teeth

Used as rear-view mirror in vehicles because it gives erect image. It also helps the driver to view large area.

Right of the origin (+x-Axis) are taken positive

Left of the origin (–x-Axis) are taken negative