Mathematics is an equally important section for CTET, MPTET, KVS & DSSSB Exams and has even more abundant importance in some other exams conducted by central or state govt. Generally, there are questions asked related to basic concepts and Facts of the Data Handling.

To let you make the most of Mathematics section, we are providing important facts related to the Data Handling. At least 2-3 questions are asked from this topic in most of the teaching exams. We wish you all the best of luck to come over the fear of the Mathematics section.

Data handling comes under the branch of mathematics called statistics. Statistics is the science of drawing useful facts from some data. It includes systematic collection, presentation, and interpretation of the data with a view to find answers to some specific questions related to the data.

Mainly, there are two types of data:

Primary data: Data collected by an individual or his representative is called primary data. For example, if a person wants information about the number of school-going children or the number of family members of the employees of a firm, then either he himself or his representative gets the information from every individual of the firm. In this case, collected data is said to be primary data.

Secondary data: The data which is collected by someone else and used by the investigator for his requirements is called secondary data. The main sources of obtaining secondary data are:

After collection and organisation of data in the tabular form, the next step is the representation of data. There are many ways to represent the data. Some of them are as follows:

Pictograph: In a pictograph, numerical data is represented by means of pictures.

The data can be represented as a pictograph as follows:

Line graph: In a line graph, numerical data is represented by means of lines, by joining different points.

Bar graph: In a bar graph, numerical data is represented by means of bars (rectangles of uniform width) with equal spacing between them. It is also called a bar chart.

Histogram: In a histogram, frequency distribution is represented by joining adjacent bars.

Pie graph: In a pie graph, numerical data is represented in a circular form, i.e., by a circle. It is also called a pie chart or circle graph. In this graph, various components of data are expressed as a portion of 360°.

An average is a number that represents a group of numbers. The average represents the central value of a group of data. There are three types of averages:

(i) Arithmetic mean (or simply mean)

Mean: The mean of a collection of given data is the sum of all the observations divided by the total number of observations.

A batsman scored the following runs in six different innings:

Calculate the mean of the runs scored by him in an innings.

Find the median of the given data:

Mode: The mode of a group of numbers is the number that appears most often.

Example: Find the mode, the following numbers are the runs score by a team in a match. 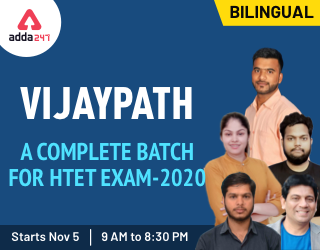